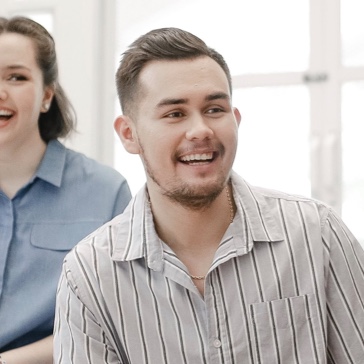 I finally built myself a blog 😅

Hi. New blog who this?

So I finally got around to building myself website. It's funny since I build websites for a living.

A good friend of mine always loved comparing a web developer who doesn't have a website to a mechanic who drives around with a shitty car. "He's probably too busy taking care of other people's car to put time into his own."

Same friend also always encouraged me to write a bit more. I figured it was finally time to do that.

Why decide to build a blog now?

I guess the first and most important reason is that I just need to write more. Specifically write more about what I dabble with. Writing (and to some extent, expressing myself) is something I am not particularly good at and the only way to not suck is to just write more.

Also, I'm hoping that it would rekindle my curiosity for learning. I learnt React and Redux around a year ago (early 2019) and outside of a few libraries I haven't really been learning anything new. I want to fix that.

Another reason is that I need an outlet for building fun things and then talking about it. For the most part, I would like to be coding a lot more outside of work, and on a less professional level.

Lastly, I'm bored. I built this blog during the COVID-19 epidemic and I acknowledge how privileged I am that my biggest issue is that I have nothing better to do other than build myself a website. In my defense, I've been procrastinating this site since December so It was only right I followed through with it. I guess that's another reason you can put on the list, I'm just seeing through something that I've started.

This site is built with love and:

No surprise really. I am a front-end developer. React is my go to. I actually had only gotten back to being a front-end developer less than 12 months ago, and before that I was working professionally as a UX designer. It feels great to be programming again! Also yes, I do have ambitions of moving into TypeScript.

I'm using the Barebones Netlify CMS + React Starter. That link leads to a repo on my GitHub profile though its fair to say that its a starter heavily modified from Jinksi. The reason for the starter is that when I work on new projects, I just want a blank canvass with all the tools I'm going to be working with already humming under the hood. It's a bit messy and It needs a lot of work. I'm looking to outright redoing the whole thing with create-react-app + adding a few other things.

I figured building this site was also a good excuse to learn something new. While I could have easily just written all my posts on Markdown and read from that directly, I was very interested in working with NetlifyCMS. I had worked a lot with WordPress back in the day, and I wanted something that was more inline with the technology I worked with with today. It was a good excuse to get started.

NetlifyCMS does not have a starter with just React (ala create-react-app). I wasn't exactly interested in dealing with Gatsby or Preact right now hence another reason for the starter I mentioned above.

Netlify is just ❤️ I have nothing else to write about them.

I love this React UI framework. While I built most of my own UI components, its just comforting to know that I can pull ready to use components if I had gotten lazy. I was relying namely on their createMuiTheme and makeStyle functions as they're super convenient.

There were a lot of other tools, libraries and tricks I used building this blog. They're not really relevant at the moment but I will be writing about them in future blog posts!

As mentioned, I already have a few things lined up for future blog posts. The ambition is to try to have a new blog post up every week, just so that I get into the habit of writing.

Do I expect people to be reading all of this?

But do be on the look out for posts regarding StorybookJS, a discussion on privacy policies, modular scale + vertical rhythm and a lot of other good stuff!